Vending Machines and the Future of Retail 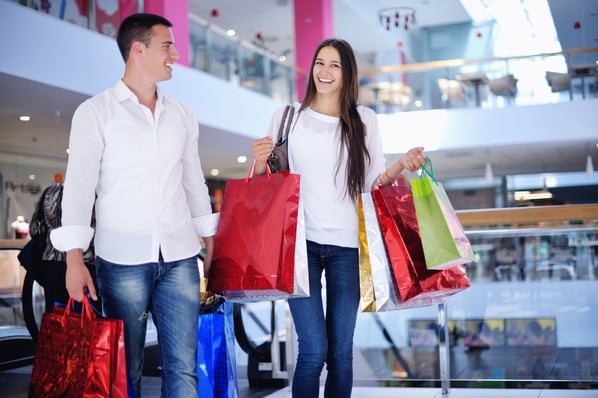 Vending machines have a long history of providing a convenient way for people to purchase merchandise, most notably sodas and snacks. But what if they also sold shirts? Or coats? Or accessories? That's the direction in which some retailers are going.

As foot traffic in physical stores decreases, once-dominant companies are closing locations or going out of business altogether, leaving executives with little options to get their products in front of consumers. One solution that's gaining momentum is unattended retail--selling products from vending machines or kiosks in addition to (or instead of) physical stores.

Consumer trends and recent developments in vending technology are paving the way for vending machines to be a viable option for retailers.

The Decline in Retail Stores

The most obvious and easiest to blame for the decline in physical retail stores is Amazon. With its user-friendly interface and quick delivery, it's easy to see why. But there are other reasons that factor into the declining state of brick-and-mortar stores.

As The Atlantic reports, it's possible that America simply built too many malls: "the U.S. has 40 percent more shopping space per capita than Canada, five times more the the U.K., and 10 times more than Germany."

Perhaps that worked great for several decades, but once the recession hit several years ago the effect on retail sent shock waves through the industry. The article explains further:

Mall visits declined 50 percent between 2010 and 2013, according to the real-estate research firm Cushman and Wakefield, and they've kept falling every year since.

In a long and detailed paper this week on the demise of stores, Cowen and Company research analysts offered several reasons for the “structural decay” of malls following the Great Recession. First, they said that stagnating wages and rising health-care costs squeezed consumer spending on fun stuff, like clothes. Second, the recession permanently hurt logo-driven brands, like Hollister and Abercrombie, that thrived during the 1990s and 2000s, when coolness in high-school hallways was defined by the size of the logo emblazoned on a polo shirt. Third, as consumers became bargain-hunters, discounters, fast-fashion outlets, and club stores took market share from department stores, like Macy’s and Sears.

Finally, malls are retail bundles, and when bundles unravel, the collateral damage is massive.

In other words, once an anchor store closes its doors, the effect is often felt through the rest of the mall.

But don't get the idea that people are shutting themselves up in their homes like some cynical recluse who's angry at the world. In fact, it's quite the opposite.

Beyond the impact of the recession is a generational difference: millennials, the largest generation by population in America who are now entering their earning prime, favor experiences over material goods. That's why the travel industry is booming, and why airline, hotel, and restaurant revenue are on the rise. Millennials are less interested in buying things and rather invest in personalized experiences.

This shift in the tectonic plates of consumerism will, perhaps, permanently change the retail landscape, begging the question: What now?

A Retailer's Approach to Vending Machines

Consider this: someone rushing to the airport for a business trip forgets their belt. Instead of going back home or spending a fortune at one of the stores in the airport, they can easily purchase a belt from a vending machine before they hop on their flight.

This can be done with virtually anything, as Uniqlo, a Japanese company, has been doing. They have machines in malls and airports in at least ten U.S. cities that sell down jackets and shirts. And then there are vending machines that sell cupcakes, and pizza...even crabs. These companies don't need an actual store if they can reach their customers effectively with vending machines.

Confidence in this model has been growing, as shown by the recent acquisition of Cantaloupe Systems by USA Technologies. The latter is a leader in cashless transaction technology while Cantaloupe Systems is a leader in logistics and inventory management for vending operators. Together, these two services offer the operational services needed for unattended retail to be successful.

What's more, the industry is expected grow, totalling a worth of $1.073 Billion dollars in the next decade according to research.

At first thought, some retail professionals might scoff at the idea of selling products in vending machines. But it's really not a bad option. Consider these benefits:

1. Product placement. You can place the equipment in highly strategic areas to maximize sales.

2. Lower overhead costs. Vending equipment is cheaper than paying all the overhead for a brick-and-mortar store.

3. Brand awareness. Every Coke or Pepsi vending machine is essentially an advertisement.

The most obvious drawback would be security issues and keeping merchandise safe inside the unit. But there are measures that can be taken to prevent vandalism to the machines.

While vending machines are nothing new, how retailers can sell more products in the face of declining in-store shopping is an approach to retail that is just beginning. As the saying goes, when one door closes, another opens.